I came across these words somewhere: “Find your passion, turn it into a business, and you will never have to work again.” This is one of the prime nonsense quotes I’ve ever heard of, and I’m sure it has been said by someone who never combined these two.

Michał Maj - CEO at Brave New. Responsible for project management. Specialist in UX/UI design and online marketing. Author of one of the largest travel blogs in Poland, through which he has prepared campaigns for companies such as MasterCard, Toyota, Jeep or T-mobile.

I founded my first company in 2011. I decided to turn my passion for the Internet and graphic design into a business. I guess I made all possible mistakes, and honestly, I don’t know how I survived some moments. Own business is a big challenge, and if I had to go through certain situations twice, I don’t know whether I would decide to do it.

In this case, there are two main problems. First, we are usually so fascinated by our idea that we don’t check if it’s a business case at all. It’s enough that the topic is a turn-on, and we automatically assume that the world will also go crazy about it. We take the Credit Union’s funding, proudly hand out business cards, and ignore whether someone needs it at all. I know a bunch of companies that went bankrupt after a year of operation.

The second issue is the mispricing of your services. A lot of people do what they like, and customers can take advantage of it. We often underestimate our work and assume that if something is fun for us, we can do it at cost or for free (counting on the client to pay back by recommending our services further).
After seven years of running my company, I think it is the most naïve thing to do. It has happened to me from time to time. I’ve given clients such “gifts” for the sake of good cooperation. Not only did I get nothing in return, but I also taught them that such gratuities are standard. Once, a client even got offended when I refused to do more free work.

If our conversion of passion into work is to succeed, we need to consider the dimension of doing business. And business is numbers. At a particular stage of development, I became friends with Excel. I started to write down company expenses, revenues, time spent on a given project, etc. Finally, I understood that I have to earn money from my work. 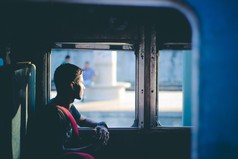 When you start your business, and you like what you do, workaholism is inevitable. It is merely impossible to close the door of your company at 5 pm, and you get to chill. Somewhere in the back of your head, you are continually solving problems. While having a beer with your friends, you will block out at some point because you’ll remember that you have a quote or some important task to do. Sometimes you wake up in the middle of the night, and thought will keep you awake. There is ALWAYS something to do, and if you don’t find the golden mean in all of this, your body will let you know.

This case is well described in the book “E-Myth Mastery.” I highly recommend this publication because it changed my attitude towards the company, and I regret that I got it so late.

For the purposes of history, let’s create our character, Anna. We assume that Anna likes to bake cakes. Close ones are crazy about her baked goods and tell her that she should sell them. Indeed, Anna even bakes on request, but for now only for her friends and on a small scale. After some time, however, she starts to think about it. Through the eyes of her imagination, she can see the joy of future baked products and not dealing with a boss. She quits her job, sets up her own business, and moves on with her confectionery.
Unfortunately, after some time, frustration appears. After all, Anna was passionate about baking cookies. Instead, she has to hire employees, buy ingredients, deal with the monthly settlement, handle matters with the authorities, run companies’ fun page, do marketing, and talk to dissatisfied customers…

This is the reality of most small businesses — the owner is responsible for everything. The longer it takes, the worse. Most of us have resistance against delegating tasks to others because we assume that the given job will be completed incorrectly. We carry everything upon ourselves; we fail to fulfill our duties; we are overwhelmed; instead of developing the company, we do everything to survive.

At a particular stage of the company’s development, I have experienced loneliness in business. On the one hand, it was quite okay, because I had exciting orders. I wasn’t worried about where to get new customers because they knocked on my virtual door. On the other hand, I felt lonely. Theoretically, I had people I worked with, and I didn’t do everything alone, but in fact, every decision belonged to me. When there was a fire, it affected me. If there were successes, I didn’t have anyone to share it with.

And sometimes it’s good to have someone to pat your back and say, “We did a good job.” Who cares that my passion was my job if it didn’t give me joy? 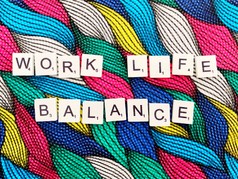 And finally… I suffered a professional burnout. After a few years of work, I eventually fell flat on my face. The situation had its place at the turn of 2016/2017. I was fed up. I knew that I wouldn’t pull it off much longer. I bought plane tickets to Mexico for 970 PLN and decided to go for three months. The last month of work before departure (January) was a nightmare. I lacked the strength, I was fed up with Photoshop and company matters, and on the other hand, I had to close everything so that I could rest and recharge my batteries in Mexico.

Have you ever heard such a notion as “decerebrating”? It means that if you have, for example, a job that tires you down and stresses you out, then you have to unwind it with cheap entertainment, such as watching TV shows or just as stupid videos on the Internet. I’ve reached the point where I was decerebrating while working. On one screen, I was working, and on the other one, I was running TV shows like a polish version of Jerry Springer, so that my brain wouldn’t register that it was working. I’m serious. I watched the entire “Father Matthew” (which is like “Dynasty” here in Poland) and all episodes of the “Kitchen Revolutions”. (shame, shame!). The dumber, the better. Seriously!

After boarding the plane to Mexico, I ate the lunch served, chugged a glass of red wine, and knocked out. I woke up when I was at the destination. Then I did not move my computer for several days. I strolled along the beach, ate good food, drank tequila, and felt like my life energy was flowing back with every day. At some point, I got myself hired in a reggae bar on a dishwasher. I do recommend — if you feel burnt out professionally, nothing relaxes and helps you arrange your thoughts like washing dishes in a bar under a palm tree.

How did I solve these problems?

The problems described above have appeared repeatedly, from the date I opened my business. On my blog, I’ve mentioned many times that I have issues balancing work and personal life. I guess after a few years, I can finally say that these problems have been solved.

Everything happened then when we joined forces with Andrzej and registered the company. Since March, I have not experienced any of these problems because my mindset has changed. The company is the company, and I am me. The company has become a separate entity, which is essential, but no longer me. It’s a great feeling because thanks to that, I stopped perceiving everything personally.

Also, operating together is an entirely different world — we can share our responsibilities, discuss some problems, and find a common solution. Together we also celebrate success. A year ago, I was alone with all this. Today we work in an 12-person team, making our souls happy to see the way it works. Finally, it is a company, not a one-person orchestra, where I run from one instrument to another. 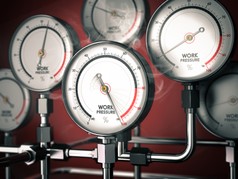 So is it better not to mix passion with business?

Today’s story came out a little pessimistic. You may feel that I’m discouraging you from linking your hobby with work — but it’s not exactly like that. Let me tell you a story…

During my 2nd year of college, I was looking for a job. Any job. I just needed to make money for my student life. I distributed my resume across several random places, and two days later, I ended up in a café. I became a barista/waiter. I had no experience, but I was eager for a job, so the owner said I would learn everything.

I did not learn. You have to know that I have two left hands for these things. When I carry tea from the kitchen to my room, there is a huge chance that I will spill something. Imagine me in a cafe with those skills. Within two weeks, I spilled a smoothie on one client and a big black coffee on another.

One mess up after another. When I cut a piece of cheesecake, it was a disgrace to serve it. And those unfortunate tall latte glasses… Babel Towers. I stop with the tray, and they go on — on customers — because you can’t fool physics. Those were the worst two weeks in my professional life.

Finally, the owner took me to the back and said: “Michael, you’re a great guy, but I beg you — don’t ever look for a job in catering. Get on with the Internet and computers, because you know how to do it”. I kept my promise. Since then, I have taken up graphic design, and it worked out well for me. It was the best career guidance in my life.

What is the conclusion of this story? That if we are to do something professionally, after all, it should be something that we like. If something attracts us, it means that we have natural predispositions for it, and there is a much greater chance that we will succeed in this field than in one we don’t like.

However, you have to make sure that this hobby is a BUSINESS. You have to change your attitude from passion and pleasure to work, numbers, and cold calculation, because otherwise… passion can suck the life out of you